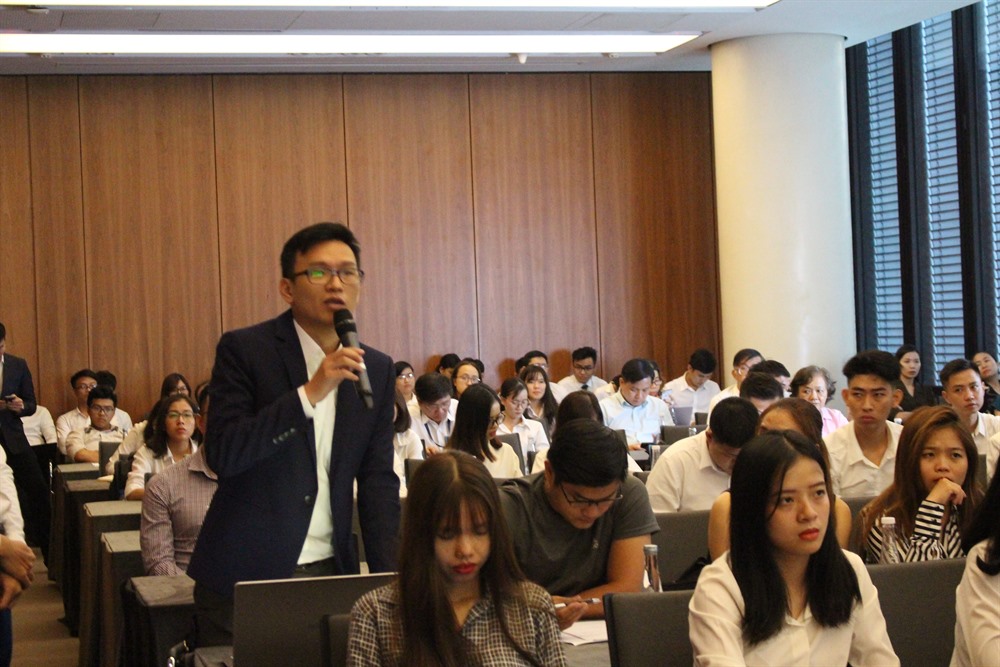 A question and answer session at a conference held in HCM City on Tuesday discuss investment opportunities in Netland. — VNS Photo

HCM CITY — Netland Real Estate Corp has set a target to achieve VNĐ110 billion (US$4.74 million) in after-tax profit this year, a year-on-year increase of 53 per cent.

It will also focus on sales and brokerage services, and enhance mergers and acquisitions of companies and projects to create a land fund that will increase by at least 20 per cent per year.

The company will also seek cheap capital sources outside the country and cooperate with foreign partners to expand its markets, he added.

Trần Khánh Quang, the company’s vice chairman, said that the domestic real estate market enjoyed good growth last year and the momentum would continue in the next few years.

Netland listed on the Hanoi Stock Exchange (stock code: NRC) in early 2018 with stable stock prices last year. Shares of the company are seen as attractive to investors..

The company has three strategic partners: Sanei Architecture Planning, G-7 Holdings Inc and Anabuki. Sanei, in collaboration with Netland, has invested in a high-end apartment project in Nha Trang.