The president of Japanese-backed Anabuki Kosan Inc. Tadatsugu Anabuki has recently visited Netland Real Estate JSC to explore opportunities on some real estate projects in the central region of Vietnam. 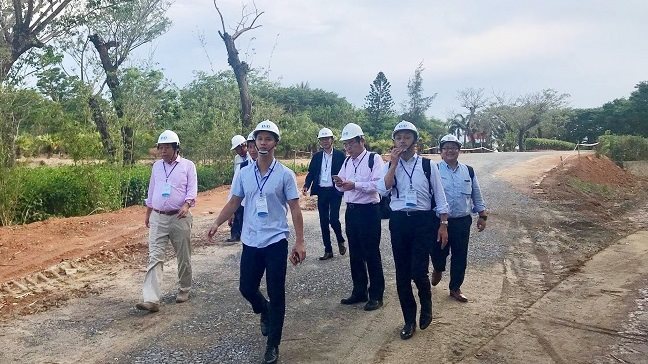 The field visit of the president made on May 21 and 22, according to Nguyen Huu Quang, board member and deputy general director of Netland, was to closely look into Netland’s projects set in Central Vietnam.

This was seen as a preparing step for the Japanese construction and real estate company to cooperate with Netland in the coming time.

During the visit, Netland disclosed sufficient information on the legal ground, planning development status and scale of each of its projects to Anabuki. Both parties have basically settled on the terms and conditions of the cooperation agreement and Netland is currently waiting for Anabuki to complete the final administrative procedures on its side before going to the signing table.

“Anabuki has explored our projects in the central region. They particularly pay attention on the prospect of our project in Danang. We have negotiated and reached certain agreements on the implementation of this project,” noted Quang.

“If nothing changes, Anabuki and two other partners from Japan will team up with Netland to develop this project on seven hectares in Danang,” he added. 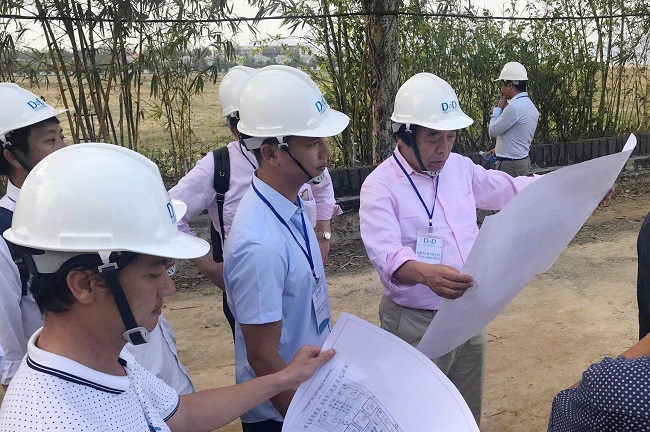 Chairman of Anabuki Group (a man in pink shirt) is looking at a Netland’s drawing.

Netland is known to currently foster its investment on projects in central provinces. Some of them include a 34-hectare project in Quy Nhon (Binh Dinh province), a condotel, villa and resort project on a 7-hectare piece of land in Danang and a high-end apartment project of over 11,000 square metres in Nha Trang (Khanh Hoa province).

Earlier in May, Netland set up its representative office in Tokyo, aiming to support its clients in the country as well as get access to new sources of capital. Its overseas presence is also expected to help promote its trade and business in international markets, with Japan at first and others later on.

According to Netland, its two major partners, namely Sanei and G7 Holdings Inc., have been accompanying the firm in both management and business activities. Given the keen interest of Anabuki on Netland’s projects, the company board hopes that the Japanese partner will become one of its strategic partners in the near future. 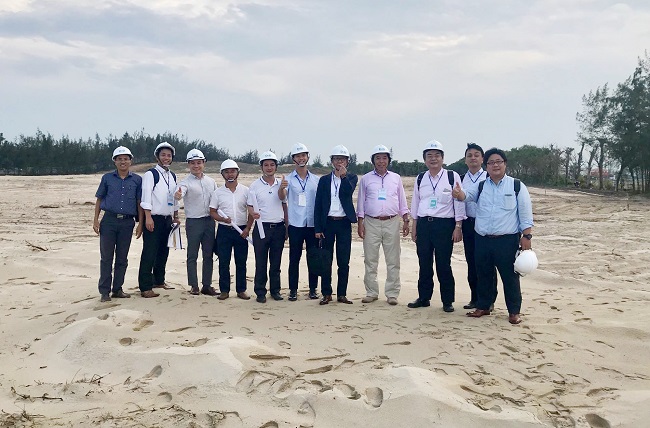 Japan’s partner shows its keen interest in the project in Danang.

In addition, Netland is widening its development network to the Mekong Delta region, with Ca Mau province to start with and others at a later stage.

At the end of the financial year 2018, Netland reported a revenue of $7.6 million and a post-tax profit of over $3 million, 3 per cent higher than its original target.

In 2019, the company set its earning target of $15 million and post-tax profit of roughly $4.7 million, an increase of 98 per cent and 53 per cent on-year, respectively.